We are very pleased to announce the  continuing enhancement and expansion of the SmartBridge suite of products. SmartBridge v1.2.3 is to be released this week, and the following provides an overview of what to look forward to.

The latest release of SmartBridge Control, introduces a brand new user interface, This will make using this web based app to keep track of your radio’s, call history, and field activity not only highly functional, but a real pleasure! Below are some images of the dashboard view and real-time call activity. 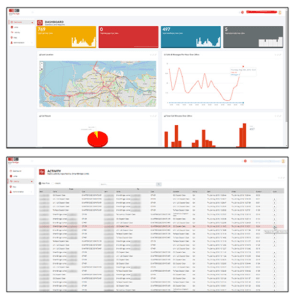 To compliment the expansion of supported hardware there are a number of improvements we have made to SmartBridge Dispatcher and Mobile;

Support for the Siyata in-vehicle devices with SmartBridge Mobile.

Improvements to the least cost routing process for GPS store and forward on SmartBridge Mobile and SmartBridge Phone. This will provide faster updates of positions.

New Alert functionality in SmartBridge Dispatcher. You can now select an option to flash the worker location on the map, and change the colour of their marker. This provides a faster identification of the worker in distress.

Improvements to the Activation screen to make it simpler for new users.

New hardware.
We are committed to supporting additional commodity immediately available hardware to enhance operations and continually enhance your PTT experience. We are very pleased to show the first of these, with more to come. 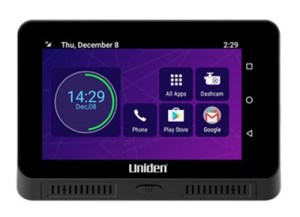 The Siyata vehicle mounted android based devices provide a direct serial interface to a MPT or DMR TierIII radio body and with SmartBridge Mobile provide an excellent multi-function interface for voice and data communications. So now you can select from a Samsung tablet or a dedicated device such as the Siyata. These are available in NZ/Australia and UK directly from Logic Wireless. Check for suppliers in other countries.

We have added support for BLE PTT buttons and will shortly have those available for purchase. These make an excellent alternative for PTT functions when using wired or wireless headsets. The buttons measure about 28mm diameterand pair in seconds to SmartBridge enabled tablets and the Siyata devices. These use standard CR2032 batteries and should last 12 months of normal PTT usage.

We have a number of exciting new developments underway with all SmartBridge products (and some new ones) that will deliver further productivity and operational efficiency. If you have a question, suggestion or want to chat about an opportunity give us a call!

January 04, 2018 – The team at FreshRF specializing inÂ MPT and DMR applications and productsÂ is ringing in the New Year in with the latest SmartBridge products – SmartBridge Phone and SmartBridge IO.

Many phones already have IP ratings and are designed for rugged operational environments.Â  SmartBridge Phone is made to meet user experience expectations of voice and messaging but with operations requirements of radio users. Leveraging existing technology means reduced vehicle cab clutter and power requirements, simplified installation, and a broadened appeal of using 2-way radio communications.

SmartBridge Phone and SmartBridge Mobile provide a simple integration path for new technology appearing in vehicles using Android Auto OS. It delivers a UI suitable for the next generation of 2-way radios and operational requirements.

SmartBridge Phone will enable future delivery of features that leverage the power of the other radios inside smartphones, including 4G/LTE, WiFi, and Bluetooth. This will deliver a common user interface and capability irrespective of voice or data medium and can be automatically switched between network types based on coverage, eg PMR and PTToIP.

SmartBridge IO is a wireless audio and radio control interface device connecting to the radio body and enabling SmartBridge apps to wirelessly control the radio body for calls, messages, status, and network connection status, including RSSI. Audio interfaces deliver speaker and mic line level audio over hands-free car kits and introduce I/O lines that can be used to trigger changes to GPS reporting rates and status notifications whether over radio or IP networks. SmartBridge IO will work with all SmartBridge apps.

SmartBridge IO ensures that legacy radios can be upgraded to a modern UI with increased functionality and when ready for DMR, a new body put in to suit with no user training. FreshRF are now in the final stages of organizing cables and case for SmartBridge IO and expect to formally launch both products in February 2018 alongside a new OTAP and remote provisioning infrastructure.

The January app release will ensure that radio users receive the most comprehensive and easy to use radio interface and one that can be updated fleet-wide automatically without any of the typical firmware upgrade issues. In the near future, expansions will include setting updates from SmartBridge Control to make it simple to change all user and operations focused configurations in any single or group of SmartBridge apps.

Kevin Dove, CEO at Dove Communications and a Director of PushWireless a 50 site DMR TierIII network in New Zealand, said, âWe have been extremely impressed with the technical, operational, and user focused insight that the FreshRF team and products bring to radio. This latest innovation, and the roadmap we have seen will be a major step forward for radio networks, dealers, and customers. We are very excited about the commercial opportunities this product set opens up.â